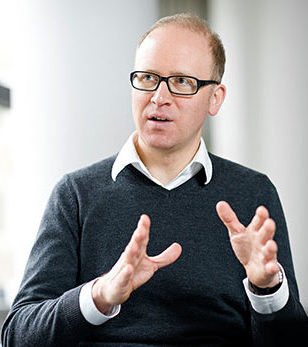 Uwe Puetter is Professor at the Department of Public Policy and the Director of the Center for European Union Research (both units within the CEU). He holds the Jean Monnet Chair in European Public Policy and Governance. From 2006 to 2008, he served as the first Head of the Department of Public Policy, was Academic Director for Public Policy at CEU and currently is a member of the Executive Board of the EU- funded FP7 research consortium ‘bEUcitizen’. He has repeatedly served as panel member for the European Research Council (Advanced Grants/ SH2). Uwe Puetter has a track record in research and publications in the field of European integration studies. He is an expert in European Union governance and has studied especially the role for forums for intergovernmental decision-making in European Union economic governance such as the European Council, the Council, the Eurogroup and high-level expert committees. His 2012 article ‘Europe’s deliberative intergovernmentalism – the role of the Council and European Council in EU economic governance’ is listed among the 10 most read articles of the Journal of European Public Policy. His study on the informal Eurogroup of euro area finance ministers, which was published in 2006, was awarded the ‘Lord Bryce Prize for Best Dissertation in International Relations/ Comparative Studies in 2003-2004’ by the Political Studies Association in the United Kingdom, and the ‘Ernst B. Haas Prize’ sponsored by the European Politics and Society Section of the American Political Studies Association.